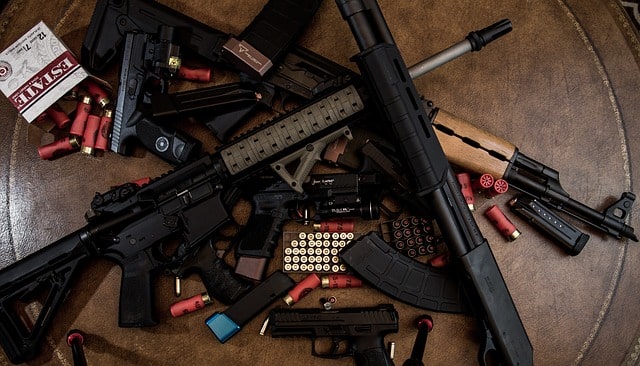 Punjab Director General of Police (DGP) Suresh Arora said in Chandigarh that the students were nabbed from the hostel of CT Institute of Engineering Management and Technology, located in Shahpur on the outskirts of Jalandhar city.

The joint team, which conducted a raid at the hostel early this morning, also recovered two weapons, including an assault rifle, as well as explosives from the hostel room of B. Tech (Civil) Student of second semester Zahid Gulzar of Rajpora. Zahid was detained along with Mohd Idriss Shah and Yusuf Rafiq Bhatt, both of Pulwama, a statement from the DGP said.

The DGP said the arrests followed the development and corroboration of various leads and inputs about the presence and activities of certain militant organisations and individuals operating in Jammu and Kashmir and Punjab.

A case under sections 121, 121-A and 120-B of the Indian Penal Code, the Arms Act and the Explosive Act has been registered, the statement said.

"Further investigations are in progress and the Punjab Police is working closely with J&K Police to unravel the entire conspiracy and network built by these outfits/individuals in Punjab and J&K," the DGP said.

Arora said the busting of the terror module and the recovery of weapons in Jalandhar was indicative of efforts by Pakistan's Inter Services Intelligence (ISI) to expand the arc of militancy on India's western border.

The Punjab Police had recently picked up a student, Gazi Ahmad Malik of Shopian (in Jammu and Kashmir), from Banur in Patiala district where he was studying in Aryans Group Polytechnic College.

Gazi was closely related to Adil Bashir Sheikh, a J&K Police Special Police Officer (SPO) who had fled with seven rifles from the residence of a PDP MLA in Srinagar and was suspected to have joined the militant outfit Hizb-ul-Mujahideen.

Gazi was later handed over to J&K Police for further investigation.

Previous ArticleChina seeks India's cooperation amid trade war with US
Next Article 12 held, over 200 cattle seized in Jharkhand
Must Read