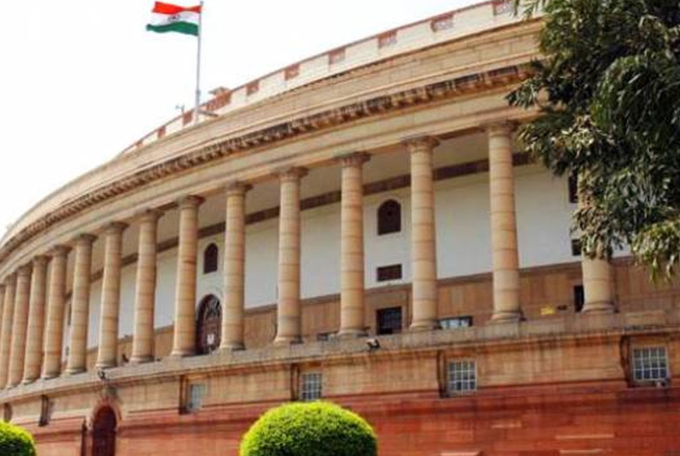 New Delhi (IANS) Cutting across party lines, Lok Sabha members on Thursday supported an amendment to the Protection of Children from Sexual Offences (Pocso) Act providing for death penalty in cases of aggravated sexual assault on children besides stringent punishments for other crimes against minors.

Moving for the Bill for passage, Women and Child Development Minister Smriti Irani said the draft legislation amends the existing act which seeks to protect children from offences such as sexual assault, sexual harassment, and pornography.

Clarifying that the Bill has no relation to vote bank politics because children do not vote, the Minister said it is to take forward India's future in safe direction with proper honour.

The Bill, which was passed in Rajya Sabha last week, provides for stringent punishment including life imprisonment for using children for pornographic purposes.

The new law is expected to discourage the trend of child sexual abuse by acting as a deterrent due to the strong penal provisions in it. It intends to protect the interests of vulnerable children in times of distress and ensure their safety and dignity.

There has been a rise in crimes against children in the country in recent years. It is estimated that 1.6 lakh cases of child abuse are pending in 31 states and Union territories.

As per official data, about 12,609 rape cases were registered under the Pocso Act this year.

In her concluding speech, Irani said whether it is Criminal Law Amendment Act, 2018 or the Pocso Act amendment, the Parliament of this country has given authority to judges to give death penalty to perpetrator on the basis of evidence in case of brutal crimes.

Without mentioning the name of Unnao rape victim accident case raised by an opposition leader, the Minister said: "Modi government has not said anywhere in the law that MPs or MLAs will be left out from the legislation."

A girl, who had accused BJP MLA Kuldeep Sengar of raping her in 2017, sustained critical injuries on Sunday along with her lawyer when a truck hit a vehicle in which she was travelling along with her two relatives in Uttar Pradesh's Rae Bareli. She along with the lawyer are on life support while the two relatives died.

On a Congress member's stand that if the perpetrator is a juvenile, he should not be sentenced to death, the Minister said that Juvenile Justice Act provides for proper justice is given to child perpetrators.

Irani also noted that the number of child perpetrators in the country is increasing.

"As per 2016 government data, the cases registered under Pocso is 36,022 and 42,196 (accused) have been arrested already. The rate of conviction in these cases is very slow," the Minister said.

Participating in the discussion, all members of the lower House supported the amendments with a few raising objection to the death penalty which may increase pressure on victims and their family.

Noting that the Bill will deter the perpetrators and will protect children, AIMIM's Asaduddin Owaisi said he would have loved to support the Bill but cannot because of its Sections 4 and 6.

"The imposition of death penalty fails to consider the nature of child sexual abuse and it endangers children. In at least 94 per cent cases, rape victims know the perpetrators. The death penalty will serve to put pressure on children and their families. And when the trial comes, the victim will turn hostile."

NCP's Supriya Sule stressed on the need to have a national sex offender registry.

DMK's Kanimozhi said that the Minister has done the right thing when it comes to pornography and suggested clauses on child prostitution be included. "Laws should not be made on emotion," she said.

Supporting the Bill, Trinamool Congress member Satabdi Roy said the legislation is needed as children are not safe in schools, playgrounds and even homes.

TDP's K. Ram Mohan Naidu expressed that there should be data protection and that awareness programmes should be run at panchayat and school levels.

Previous ArticleService tax: Govt mulls out-of-court deal to resolve issue with banks
Next Article Government working to provide home to all homeless by 2022: Raghubar
Must Read