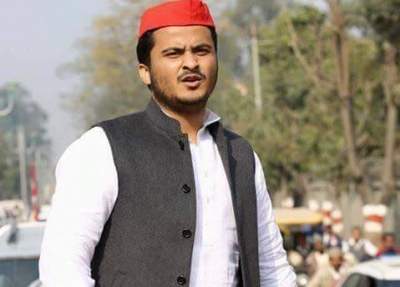 Rampur (IANS) A case has now been filed against Abdullah Azam Khan, the son of Samajwadi Party MP Azam Khan, for allegedly forging documents to obtain a passport.

The FIR has been filed at the Civil Lines police station against Abdullah Khan, a sitting Uttar Pradesh legislator, over discrepancies in age proof documents submitted to obtain a passport, on a complaint filed by BJP leader Akash Saxena.

In his complaint, the BJP leader alleged that Abdullah Khan obtained a passport on the basis of false documents. Saxena claimed that the SP leader has mentioned different birth dates in education certificates and the passport documents.

According to police sources, Abdullah Khan has been booked under Sections 420, 467, 468, 471 of the Indian Penal Code and Section 12 of the Passport Act.

His father hogged the limelight after he had made a controversial remark in the run-up the general elections against former party colleague and now a BJP leader Jaya Prada, while Abdullah Khan had also said: "Ali is also ours, Bajrang Bali is also ours. We also need Ali and Bajrang Bali, not the anarkali."

The development comes close on the heels of police filing charge sheet in 13 cases involving Azam Khan for making derogatory remarks during the campaigning for the Lok Sabha elections. The police have also filed charge sheet against the Rampur MP for his 'khaki underwear' remark directed at Jaya Prada.

Recently, Azam Khan drew sharp criticism from politicians and several other quarters for his sexist remark directed at BJP MP Rama Devi on the floor of the Lok Sabha. He was forced to apologise to the MP after women MPs demanded stern action against him.