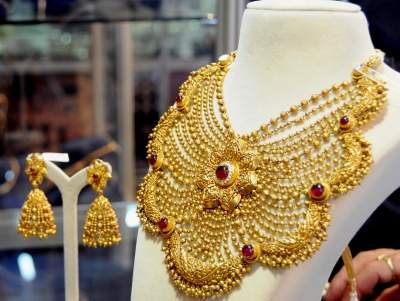 Mumbai (IANS) The gold industry on Friday slammed the hike in import duty of gold from 10 per cent to 12.50 per cent, saying it will be counter-productive and hit the Indian retail market.

"Millions of Indians invest in gold as part of their household savings, not simply as discretionary spending for consumption. People buy gold as a long-term investment to protect their wealth and gold also has huge significance socially, emotionally and economically in India," he pointed out.

According to Somasundaram, the duty will be counter-productive to the objectives state in the last year's budget and encapsulated in NITI Aayog's recommendations to transform the gold market.

"We believe that gold can play a positive role in the Indian economy, but to enable this, there needs to be a reduction in overall taxes, a stable policy environment and a transparent trading market," Somasundaram said.

Malabar Gold & Diamonds Chairman Ahammed M.P. termed the decision as "a double whammy for the gold retail industry, which is critical for creating the much-needed jobs" in the economy.

"On one hand it will lead to a substantial increase in input costs of the industry shooting up the retail prices up and hitting sales. On the other hand, it will provide a stimulus for illegal shipment of gold into the country which will further hurt taxpaying players in the segment," Ahammed said.

In view of the critical role played by gold industry in supporting economic growth and jobs creation besides exports, he urged the government to reconsider the move.

"It is our long pending demand that the Government should lower the import duty on gold to 5% level to make illegal trade in gold unattractive," Ahammed said.