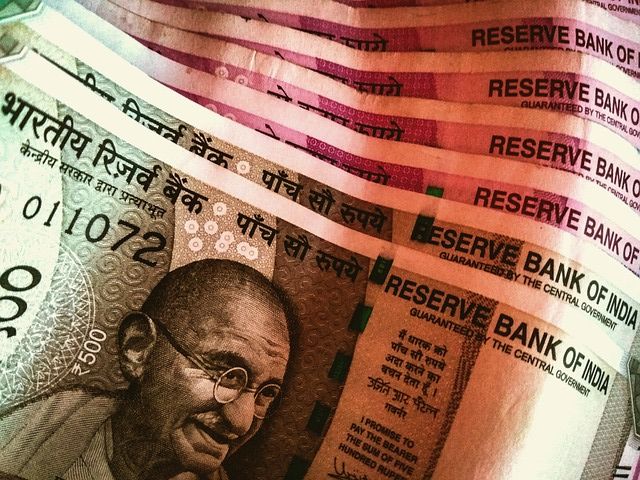 New Delhi  (IANS): A likely intervention by the country's central bank along with expectations of some short-term measures in the upcoming monetary policy to curb currency fluctuations aided the Indian rupee to recover on Thursday from its new record low of 73.82 to a US dollar.

It opened the day's trade at the Inter-Bank Foreign Exchange Market at 73.67 and later plunged to a fresh record low of 73.82 (73.8175) -- the lowest-ever mark it has touched against the greenback.

Of late, concerns over a rise in the inflation rate, high crude oil prices and an outflow of foreign funds from the country's equity market has subdued the Indian currency.

"A reported last-minute intervention on exchange-traded futures from the central bank saved the day for the rupee," said Anindya Banerjee, Deputy Vice President for Currency and Interest Rates with Kotak Securities.

"USD/INR closed at a fresh all-time high of 73.58 but off highs of 73.81 on spot. Rising oil prices, rising US interest rates, hawkish US Fed, NBFC stress are hurting the rupee."

The apex bank is known to enter the markets via intermediaries to either sell or buy US dollars to keep the rupee in a stable orbit.

"RBI needs to announce additional measures to stabilise the rupee. If the WTI move towards 80-85 levels then rupee might weaken further to 75-76 levels."