Doctors loot funds for poor in Ayushman scheme, probe on 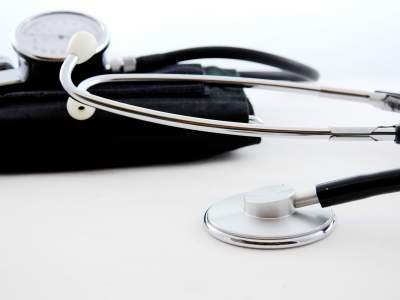 New Delhi (IANS) Exploiting loopholes in the Union Government's mega health scheme - Ayushman Bharat, hundreds of doctors allegedly pocketed huge amounts of public funds meant for the treatment of poor patients. Though the scandal seems to have spread across various states, initial reports indicate that several hospitals in Uttarakhand have been found involved in siphoning off funds under the scheme.

Under the scheme, doctors of government hospitals referred patients to private hospitals for specialized treatment. However, an enquiry found that neither were the patients admitted nor was any operation or treatment carried out. "It seems to be a big fraud. Poor patients were victimised," alleged Harbhajan Singh Cheema, an MLA from Uttarakhand's Kashipur.

Concerned about the ongoing scandal, the Uttarakhand High Court has now directed the Trivendra Singh Rawat government to probe threadbare the financial irregularities related to the health scheme which ensures treatment up to Rs 5 lakh per year for poor patients.

The scam first broke out in Udham Singh Nagar's Kashipur, located 90 km from Nainital. Local resident Munidev Bishnoi complained that scores of poor patients were referred by government hospitals for treatment in private hospitals but these patients turned out to be 'ghosts' on verification. No documents were made available to confirm treatment.

Later, Bishnoi decided to unravel the scam and subsequently filed a public interest litigation in the High Court.

Talking to IANS, Cheema, a four-time BJP lawmaker, said that such scams deprive the poor and needy of their right to avail benefits. "Our government will probe deep into the scandal and take action against the guilty.

"In fact, a few greedy doctors who had links with private hospitals have been involved in the racket. They transferred patients (for better treatment) to other hospitals but on paper. Later, they submitted fake bills to pocket funds. But in a few complaints, the role of doctors and hospitals was found clean. Whatever may be the case, a thorough probe is required."

Meanwhile, the government has registered FIRs and launched investigations into the scam. State Health Secretary, Nitish Kumar Jha, told IANS that appropriate action was being taken and the outcome of the enquiry would be reported to the High Court.

"I cannot share details at this stage, but we are seriously concerned about the complaints which have come from various locations. Investigations are being done wherever irregularities have been found," he said.

Sources said that Chief Minister Rawat has instructed officials that any irregularity in the Ayushman Bharat scheme should be identified and enquired into so that benefits of the scheme reach the poorest of poor people in the state.