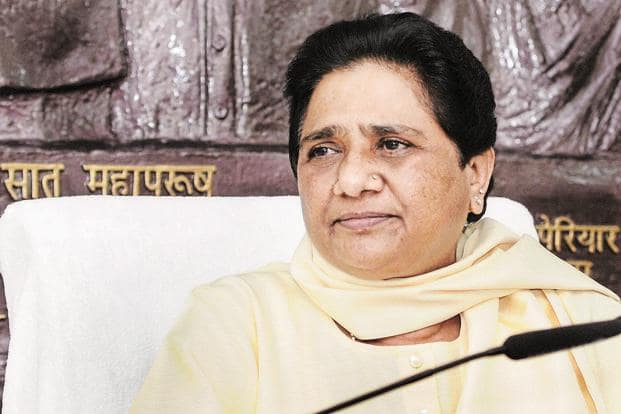 New Delhi (IANS): In yet another blow to the Congress, BSP chief Mayawati on Wednesday ruled out any alliance with the party in the coming Assembly polls in Rajasthan and Madhya Pradesh, a decision that could also impact the opposition's plan for a grand alliance against the BJP in the 2019 Lok Sabha polls.

"The Congress is two steps ahead of the BJP in attempts to finish the BSP politically. In the interest of the BSP movement, it has been decided that the party would not ally with the Congress in Madhya Pradesh and Rajasthan at any cost," she told a press conference.

The BSP chief's announcement comes nearly a fortnight after her statement ruling out an alliance with the Congress in Chhattisgarh where she tied up with former chief minister Ajit Jogi's party Janata Congress for the Assembly elections due next month.

Significantly, at the swearing-in of Karnataka Chief Minister H.D.Kumaraswamy in May, Mayawati was present along with national leaders including UPA chairperson Sonia Gandhi and Congress President Rahul Gandhi that lent credence to the theory that a grand alliance was possible against the BJP in the next Lok Sabha elections.

Asked whether the BSP would align with the Congress in the 2019 Lok Sabha polls, Mayawati said, "I have said everything about this."

Reading from a prepared statement, Mayawati said that the Congress attitude was not to defeat the BJP but to weaken opposition parties which is unfortunate. "The Congress had adopted similar tactics in the past and was continuing it now. Even now it was not trying to change itself."

"I feel that Sonia Gandhi and Rahul Gandhi's intentions for Congress-BSP alliance are honest. However some Congress leaders are sabotaging this," she said.

Mayawati said Digvijaya Singh, who is an agent of the BJP, has been giving statements that she has a lot of pressure from the Centre and so she did not want an alliance with the Congress. "This is baseless," she said.

"Congress leaders like Digvijaya Singh do not wish for a Congress-BSP alliance. They are afraid of agencies like ED, CBI."

Referring to seat-sharing negotiations with the Congress, Mayawati said in Madhya Pradesh the Congress offered only 15 to 20 of the 230 seats to the BSP and five of the 90 seats in Chhattisgarh.

She said had the Congress not adopted an "adamant" attitude it could have got the benefit of an alliance with the BSP, only whose votes are entirely transferable. In such alliances, the BSP suffers the most than benefiting, she added.

"The BSP is a party of all communities including dalits, adivasis, backward, downtrodden, farmers, labourers and Muslims and other minorities. We are not going to bow at any cost before either BJP or Congress. It will not be the puppet in the hands of anyone. We still have the capacity to bounce back," she said.

Mayawati said fearing the BJP, the Congress was not giving tickets to Muslims candidates but the BSP does not do it. She gave the example of Faizabad where the party fielded a Muslim candidate.

"Congress is not learning lessons from its mistakes and this is the reason why BJP is in power at the Centre and in many states. The Congress is under an illusion and feeling arrogant that it will defeat the BJP on its own. But it does not realise that still the people are against Congress' policies.

Mayawati said in a direct fight with the Congress, the BJP wins easily. "Even then the Congress does not place the non-BJP parties ahead and is not ready to make alliances with opposition parties to take on BJP," she said.

She accused the BJP of doing politics of casteism and communalism.

"There is tension in the society. Violence is happening. A situation of anarchy is prevailing. Despite this the Congress is not ready to change itself. The BSP has always backed Congress to keep BJP out of power and has suffered on account of it. Instead of being thanked for it, the BSP has been backstabbed by the Congress, which has been hatching conspiracies to weaken the non-BJP parties."