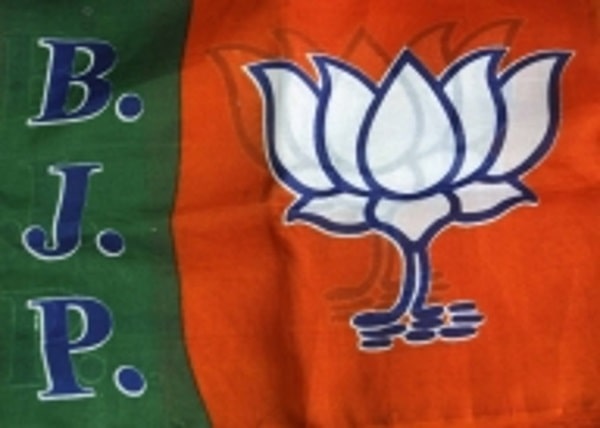 Kolkata (IANS) There is rising discontent in the West Bengal BJP against the induction of Trinamool Congress' Labhpur legislator Monirul Islam, with a key district level functionary even threatening to quit with his supporters if the leadership did not show the door to the MLA.

Islam, said to be a prominent Muslim face of Trinamool, had crossed over to the Bharatiya Janata Party in Delhi on Wednesday.

But his inclusion sparked off protests in the BJP, with a large section of workers and supporters taking to microblogging site Twitter to express their dismay at Islam's inclusion.

They recalled Islam in 2015 publicly threatened to behead a Congress functionary from Birbhum and went on to claim how he had "squashed" three people under his feet for committing atrocities against women.

"Ashamed", "bad decision" were some of the comments posted by the Twitterati.

"Do you know he is triple murder accused ? All garbages are joining BJP. Bengal BJP will die on this own very soon," said a dismayed supporter.

"Through the media, I have been telling my party leadership that Monirul is simply not acceptable to us. He is unacceptable to the people of Birbhum," Mondal told IANS over phone.

Accusing Islam of being involved in all sorts of violence and "nefarious activities", he said: "We all want our party to expand, and new people to come. But their background should be checked. If people against whose activities we have been fighting are taken in, then our struggles all through these years become meaningless."

Mondal, who got attracted to the Rashtriya Sawamsevak Sangh during the Ram Janambhoomi movement, said: "Posts don't mean anything to me. If I fail to make my party leadership see reason, I will step down from my post. I will not be part of the BJP any more. But I won't join any other party. I will work in some arm of the Sangh Parivar."

Pointing a finger at BJP leader Mukul Roy for roping in Islam, he said: "What he fails to understand is that people like Monirul are now joining us for their political survival, as they know the ruling Trinamool Congress' days are numbered."

He also sought to caution the party leadership about allowing entry to elected councillors or panchayat functionaries of the Trinamool into the BJP, adding that of the 167 gram panchayats in the districts, 50-70 panchayats now ruled by the Trinamool, could land in the BJP's lap anytime now.

However, state BJP chief Dilip Ghosh defended the decision to take in Islam and hinted that more such leaders may be inducted in the future.

"More such people may enter in future. You may not like it. I myself often don't like it. But to win one needs both manpower and muscle power. So for the party's expansion, all kinds of people have to be admitted. We will digest all that," he said.

Meanwhile, district political sources said the immediate trigger for Islam quitting Trinamool is the party leadership's refusal to give him a commitment that his son would be nominated from Labhpur in the next assembly polls, slated for 2021.

"Islam is not keeping well He suffers from serious ailments. So he is keen to anoint his son as his successor from Labhpur. When that failed, he decided to cross over. The Trinamool's setbacks in the state in the Lok Sabha polls also came at an opportune time for him," a source added.