Spouses sweat it out for bigwigs in Jharkhand 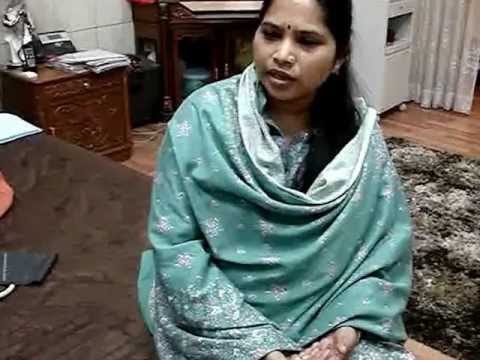 Ranchi (IANS) Family members, mainly spouses, campaigning for candidates are a common feature in elections. In Jharkhand, spouses of political bigwigs, including Arjun Munda, Jayant Sinha and Kriti Jha Azad are sweating it out as political and actual temperatures soar for the last three phases of polling.

Three constituencies -- Ranchi, Khunti and Hazaribagh -- in Jharkhand go to the polls in the fifth phase on May 6.

Former Chief Minister Arjun Munda, who is a BJP candidate from Khunti, is trying hard to pacify the masses angry over the state's BJP government's move to amend the Chota Nagpur Tenancy (CNT) Act.

Jharkhand's Raghubar Das government attempted to amend the CNT Act -- which safeguarded land rights of the tribal people -- to acquire land for industrialists, but could not succeed as Governor Draupdi Mumru returned the bill asking the state for a rethink.

Arjun Munda's wife Meera Munda, who is campaigning in Kharsawa Assembly and other areas of the Khunti Lok Sabha seat, does not fail to remind the people of her husband's work in the region during his tenure as an MLA between 1995 and 2014.

Puniti Sinha, who is campaigning for her husband Union Civil Aviation Minister Jayant Sinha in Hazaribagh, keeps telling the voters about the work done by Prime Minister Narendra Modi. She also does not fail to remind the people about the progress of the airport project in the constituency and the railway line between Koderma and Hazaribagh.

Punam Azad is seeking votes for her husband Kriti Jha Azad, who has been fielded by the Congress from Dhanbad. Kriti Jha Azad lost his traditional Darbhanga seat to the RJD in seat-sharing among the Grand Alliance partners.

Considered an outsider in the coal city, he is not getting any support from the Congress cadres in the constituency. No Congress leader was present when he had filed his nomination papers in Dhanbad.

His wife however, is trying to connect with the city and its people by calling herself their daughter-in-law. She also reminds people that she has studied at the Ranchi Women's College.

For the women in the fray, their husbands are lending as much support. Former Chief Minister Madhu Koda is campaigning for his wife Geeta Koda, who is Congress candidate against Jharkhand BJP President Lakshman Giluwa from Chaibasa.

Geeta Koda is a legislator from the Jagannathpur Assembly constituency, which was earlier represented by her husband. He vacated the seat after getting elected to the Chaibasa Lok Sabha seat in 2009. Facing several corruption charges, Madhu Koda is not contesting elections this time.