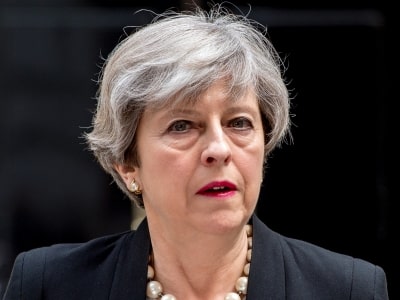 London (IANS) UK Prime Minister Theresa May on Wednesday expressed regret over the 1919 Jallianwala Bagh massacre, describing it as a "shameful scar" on British Indian history.

Her comments came just ahead of the 100th anniversary of the bloodbath committed by the British Army during the colonial period.

"The United Kingdom deeply regrets what happened and the suffering caused in Jallianwala Bagh tragedy," said the British leader while replying to questions in Parliament.

Former British Prime Minister David Cameron had described the tragedy as "a deeply shameful event in British history" during a visit to India in 2013.

On April 13, 1919, British forces led by Brigadier General Reginald Dyer opened fire in Jallianwala Bagh on thousands of unarmed and peaceful protesters, including women and children, killing hundreds of them.

In February this year, the Punjab Assembly unanimously passed a resolution to mount pressure on the Centre to seek a formal apology from the British government "for one of the worst ever bloodbaths in the world".