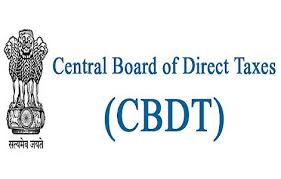 New Delhi (IANS) The Central Board of Director Taxes (CBDT) has said that the diary pages and the loose papers given to the team that raided D.K. Shivakumar's premises in 2017 were "not original" . Shivakumar told the investigators that this was a copy of a diary, written by B.S. Yeddyurappa, and the payments paid on behalf of the leader (B.S. Yeddyurappa) to legislators, and received from various leaders, MLAs, ministers when they were in power, said CBDT.

The department said that a search action under Section 132 of the Income-tax Act, 1961 was carried out on Shivakumar and group of cases on August 2, 2017 by the Income Tax Investigation Directorate of Karnataka and Goa. A large evidence of incriminating material against Shivakumar and his company were found.

"During the search, some loose papers were given to the raiding party. This was a xerox copy of Karnataka Legislative Assembly, Legislator's Diary pages of 2009 with details of numerical entries against some individuals. The original of these documents was never given," a CBDT statement said.

The statement made no reference to the amounts that were highlighted in 'The Caravan' report.

"Further, Shivakumar also stated that he keeps getting such information from the general public."

In response to the question why the said matter was not brought to the notice of ACB (Anti Corruption Branch) or Lokayukta of Karnataka, Shivakumar stated that as "he did not know about the genuineness of the said loose sheets", said the statement, adding he did not inform the same to enforcement agencies.

Also, as the handwriting did not belong to Yeddyurappa, he told officials that he cannot have any knowledge about the contents of the loose sheets.

Yeddyurappa further stated that contents of the loose sheets were false and fabricated and his name has been used to malign his political career, said the CBDT statement.

The leader also provided a sample of his handwriting in order to verify the genuineness of the said loose sheets. Further, he also stated that the fabricated loose sheets were politically motivated with an intention to tarnish his political image.

In view of facts, the CBDT said, an enquiry was made to the Director, Central Forensic Science Laboratory (CFSL), Directorate of Forensics Science Services, Ministry of Home Affairs, Government of India, Amberpet Post, Ramanthapur, Hyderabad, Telangana on availability of document analysis and the procedure, time period for the same on April 18, 2018.

"In response, CFSL, Hyderabad replied on April 24, 2018 that the examination of handwriting and signatures is carried out in the said laboratory and that all the disputed documents are to be sent in original. No originals were given by D. K. Shivakumar.

"The same loose sheets prima facie appear to be of a doubtful nature and were given by the person who was being raided for tax violations," said the statement.