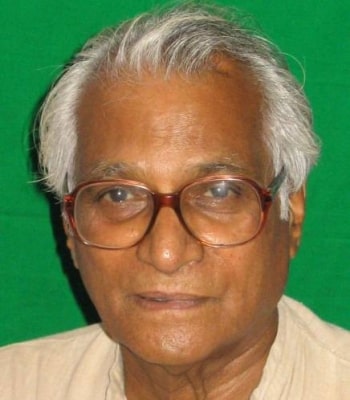 New Delhi (IANS): Former Defence Minister George Fernandes, long-time socialist and a trade unionist, who fought the Congress all his life died on Tuesday after prolonged illness. He was 88.

Fernandes, who was suffering from Alzheimer's disease, has been out of the public eye and has been bed-ridden for more than eight years, family sources said.

He had a cold and cough and was taken to the Max Hospital in Saket by his wife, Liela Fernandes, earlier in the day, when doctors said that the veteran leader was already dead.

His son, who lives in New York, is expected back in a day or two, after which the funeral will take place, the sources said.

Fernandes, a long-time socialist, rose to political prominence when he led the Bombay Taxi Unions Association and defeated "uncrowned king of Bombay" S.K. Patil, a Congress heavy-weight in the 1967 general election.

A fire-brand and hardworking Fernandes, only 37 then, campaigned tirelessly, covering large swathes of the constituency with his workers. And when the results were declared, he unseated the 'king' with 48.5 per cent of the votes.

Fernandes later joined the Janata Dal. He served as Railways Minister in the V.P. Singh government from 1989 to 1990. He was instrumental in setting up the Konkan Railway project, connecting Mangalore and Bombay.

In 1994, Fernandes formed the Samata Party, which later allied with the Bharatiya Janata Party. He was appointed convenor of the National Democratic Alliance (NDA) and served as the Defence Minister in the Atal Bihari Vajpayee government for two terms, between 1998 and 2004.

His term was eventful as it witnessed the Kargil war and Pokhran test.