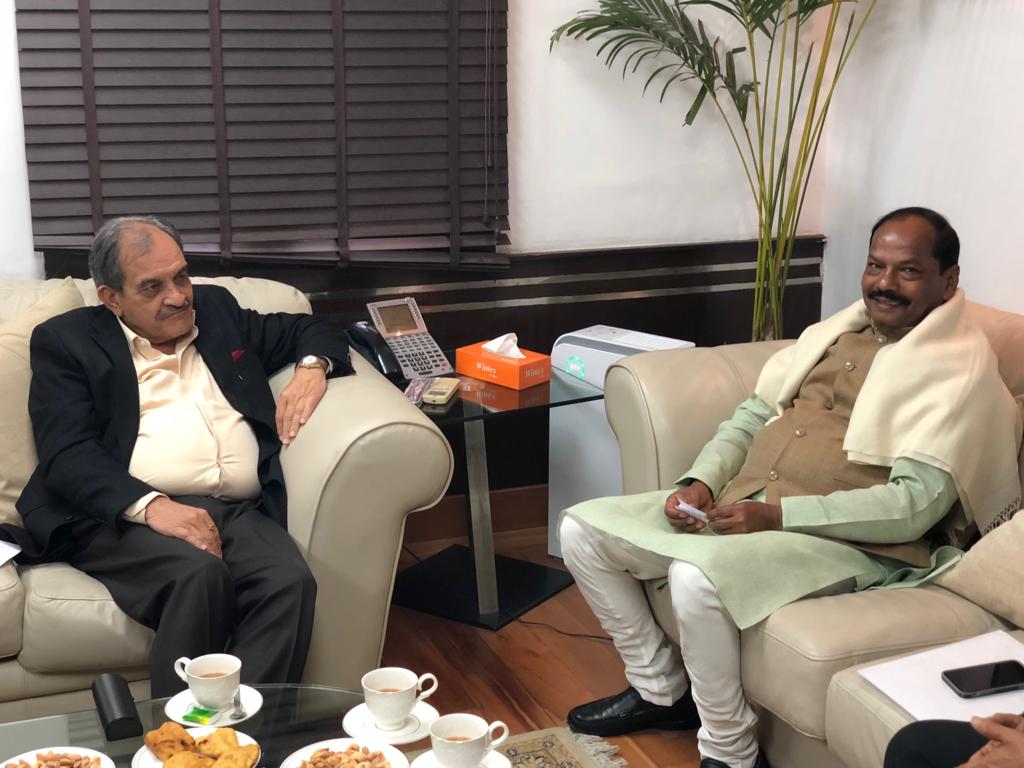 Ranchi: Chief Minister Raghubar Das met Union Minister for Steel Virendra Singh in New Delhi during which he urged him to open
the headquarters of SRTMI in Ranchi. He said that Jharkhand has an abundance of raw materials and if the institution comes up in
Ranchi than the state would be benefitted.

He said that many mines and mineral based industries including various plants of SAIL, RDSICS, MECON, MIT in the public sector and private sectors like Tata Steel and JSPL are operational in the state. Apart from that the Rourkela Industrial Area, Durgapur and Burnpur are also near from the state therefore if the center is opened in Ranchi than West Bengal Chattissgarh and Odisa will also be benefitted.

He assured full cooperation from the side of the state government to help open the headquarters of SRTMI. The minister assured the Chief Minister that soon the headquarters of the SRTMI would be opened in Jharkhand. The Chief Minister urged the minister to take steps so that the local industries and the common people can get the steel at a justifiable price over which Mr Singh assured that a meeting under the Union Steel Secretary will be held in Bokaro Steel City over the issue on January 19 in which the decision will be taken.

On the other hand, MR Das also urged the minister to also solve the issue of regularisation of the people in Bokaro Steel Plant which has been pending since long. Over this the minister said that the Steel Secretary will soon visit Ranchi and a meeting will be held to decide over the issue. Mr Das said that as per the requirements of the Bokaro Steel Plant there was a need to encourage local units which will also help in local purchase on which Mr Singh assured that in the meeting to be held in Bokaro essential steps to encourage local purchase will also be taken up.

On the issue of setting up a steel plant in Chatra he said that the state government will take a decision soon over allocating of the necessary iron ore block so that the steel plant can be set up in Chatra. Those present on the occasion also included Union Minister of State for Steel Vishnu Deo Soye, Union Steel Secretary and other senior officials of the Steel Ministry.