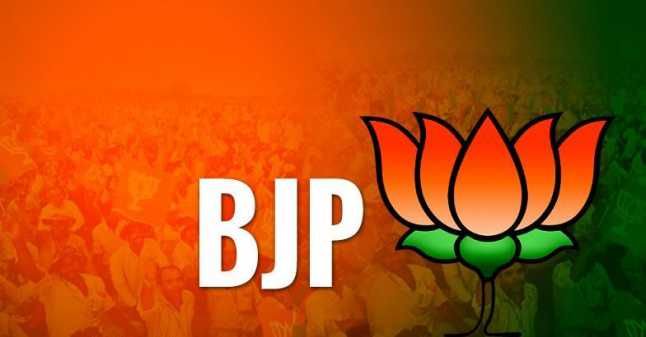 New Delhi (IANS): Attacking the Congress, the BJP on Saturday said while the UPA government under Manmohan Singh went all out to help debt-ridden Vijay Mallya and his crisis-ridden airline Kingfisher, the Narendra Modi government is doing everything possible to nab him.

Welcoming Mallya being declared as "fugitive", Bharatiya Janata Party (BJP) spokesperson Sambit Patra credited it to the Modi government and said it is under the Fugitive Economic Offenders Act brought by Modi that he has been declared fugitive by a Mumbai court.

He was referring to the verdict by a Special Prevention of Money Laundering Act (PMLA) Court in Mumbai which declared absconder liquor baron Mallya a "fugitive" in a case filed by the Enforcement Directorate (ED) in June 2018.

Comparing the approach of two governments -- one that was led by Manmohan Singh and the present one by Modi, and referring to a letter by Mallya to then Prime Minister Singh seeking help to tide over his financial woes and in getting a fresh loan, Patra said: "Then was the story of helping Vijay Mallya, today is the story of nabbing him."

Patra said that Manmohan Singh had then asked his Principal Secretary T.K.A. Nair to help Mallya.

He recalled a press conference by Singh on November 14, 2011 where the former Prime Minister purportedly said the government "needed to find ways to get Kingfisher out of trouble" when it was not able to pay back loans to the banks and was defaulting.

Patra alleged that not only Manmohan Singh but P. Chidambaram and may others in the Congress were helping Mallya, whereas the current government is trying to nab him.

"Only last month we have seen how the case relating to the extradition of Vijay Mallya was won in the UK court."

He alleged that a letter that Michel wrote on July 31, 2009 to the CEO of AgustaWestland proved that he was privy to all the top-level information about the chopper deal.

"Middleman Christian Michel had access to something to which even Cabinet Ministers didn't have access to because the Cabinet Committee on Security is a closed-door meeting... Michel knew exactly what talks were going on between the Prime Minister and the select few who sat with the Prime Minister in the committee," Patra said

"With each and every day and date, he knew that the Prime Minister was probably going to sign the deal, and also when he would sign it. In the end of the letter, he says that obstacles in the way of securing the deal have been removed," he added.

Michal, Patra claimed, said that if there was any resistance to deal by the then Finance Minister, then "the leader" of the ruling party would speak to him.

Reading out the letter, he said: "If the Finance Minister wishes to make trouble, this process should otherwise outmanoeuvre him and we can expect a smooth passage of the file through Cabinet Committee on Security."

He said that in the letter, Michel also asked the CEO to put pressure on the Italian government not to publicise the deal after it gets finalised.