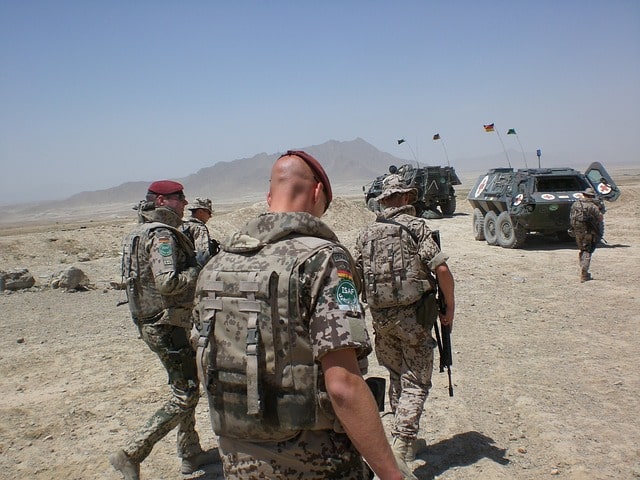 Washington (IANS): The Donald Trump administration is planning to withdraw thousands of troops from Afghanistan, the US media reported.

Reports, citing unnamed officials, said about 7,000 troops -- roughly half the remaining US military presence in the country -- could go home within months.

The Washington Post reported on Thursday the potential move was being met with opposition by some of Trump's senior cabinet officials, including outgoing White House Chief of Staff John Kelly and White House national security adviser John Bolton.

The reports came a day after the US President announced the country's military withdrawal from Syria -- a move that met with criticism from US allies and coalition partners.

A statement from a Kurdish-led alliance warned it would create a vacuum whereby the depleted Islamic State (IS) group could "revive itself", the BBC said.

Republican senator Lindsey Graham tweeted that any withdrawal of troops from Afghanistan would be a "high risk strategy" which could reverse US progress in the region and pave the way toward a "second 9/11".

Trump had repeatedly before his election campaign in 2016, publicly advocated leaving Afghanistan -- where US forces have been since 2001.

However, in 2017 he indicated he would keep boots on the ground in the country indefinitely to prevent the country's collapse amid a Taliban resurgence.

American-led combat operations against the group officially ended in 2014, but in the years since the group's power and reach has soared, the BBC said.

In September 2017, Trump announced the US would send 3,000 extra troops to the country amid a shift of strategy.

Reports about the sharp reduction of personnel emerged on Thursday around the same time US Defence Secretary Jim Mattis announced his resignation.

In his letter of departure, Mattis mentioned his diverging views with the president, but did not cite troops withdrawals directly. Neither has US defence officials confirmed the withdrawl reports, the BBC said.