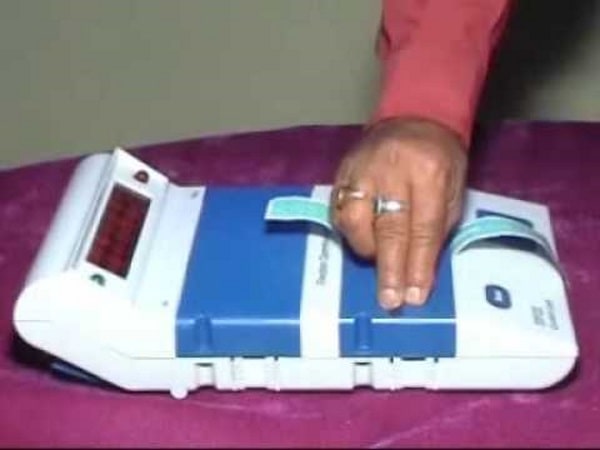 Bhopal (IANS) Polling is underway for the 230-member Madhya Pradesh Assembly on Wednesday. Several faulty EVMs and VVPAT machines have been replaced within the first hour, officials said.

In Bhuranpur constituency, five VVPATs and two faulty EVMs were replaced by 9 a.m.

Chief Minister Shivraj Singh Chouhan voted with his family in Jait village under Bhudni constituency. He is contesting against Congress' Arun Yadav.

State Congress chief Kamal Nath also cast his vote, after a temple visit along with his family, at a polling booth in Chhindwara.

Polling began at 7 a.m. for three Maoist-affected constituencies in Balaghat district, while votes were cast in the remaining 227 assembly seats starting 8 a.m.

Polling would end in the three constituencies -- Baihar, Lanji, and Paraswada -- at 3 p.m, while it would continue till 5 p.m. in all the other constituencies.

The contest is mainly between the Bharatiya Janata Party (BJP) and the Congress, though the Bahujan Samaj Party (BSP) and the Samajwadi Party (SP) are also in the fray.

Among the 2,907 candidates in Madhya Pradesh, the BJP has fielded candidates in all seats, while the Congress is contesting in 229 seats leaving one seat, Jatara in Tikamgarh district, for Sharad Yadav-led Loktantrik Janata Dal (LJD).

The BSP has fielded 227 candidates and the SP is contesting in 51 seats. There are 1,102 Independent candidates.

In the last elections, the BJP won 165, Congress 58, BSP four and Independents three.