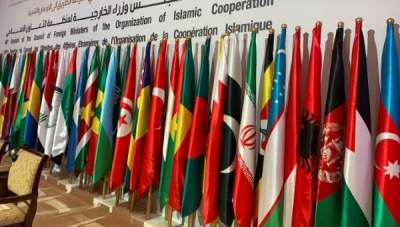 Islamabad (IANS) In a massive reverse for Pakistans Machiavellian manoeuvres, the UAE and Maldives slammed the door on a Pakistani attempt to set up an informal group of Organisation of Islamic Cooperation (OIC) envoys at the United Nations on Islamophobia.

Pakistan's permanent representative at the United Nations, Munir Akram, tried as usual to raise the issue of Islamophobia at a recent virtual meeting of the envoys of OIC member countries at the UN.

A routine meeting of the envoys of OIC nations was hijacked by the Pakistan envoy who raised the issue of the "plight of Muslims in India and the people of occupied Kashmir, who are suffering at the hands of the ruling Bharatiya Janata Party".

In what was typical Pakistan grandstanding and filibustering, he argued that Islamophobia in India had become more pronounced during the Covid-19 pandemic and recalled the actions taken by the Narendra Modi-led government to change the demography of occupied Kashmir by allowing non-Kashmiris to take up permanent residence in the Valley.

It all came to naught when Maldivian envoy Thilmeeza Hussain, according to Maldivian media, rejected the "singling out of India" and said that accusing Delhi of Islamophobia would be factually incorrect and detrimental to the religious harmony in South Asia.

The top diplomat, who is also the Maldives' ambassador to the US, had further said that "isolated statements by motivated people and disinformation campaigns" on social media should not be construed as representative of the feelings of 1.3 billion people.

Adding his weight behind Maldives, the UAE envoy, who was chairing the meeting, outrightly rejected the Pakistani request for an informal group on Islamophobia, saying it was the mandate of the OIC foreign ministers to constitute such groups.

In what can be described as a huge downer for the Pakistan chicanery, it is interesting to note that normally Maldives works closely with Pakistani diplomats at international fora.