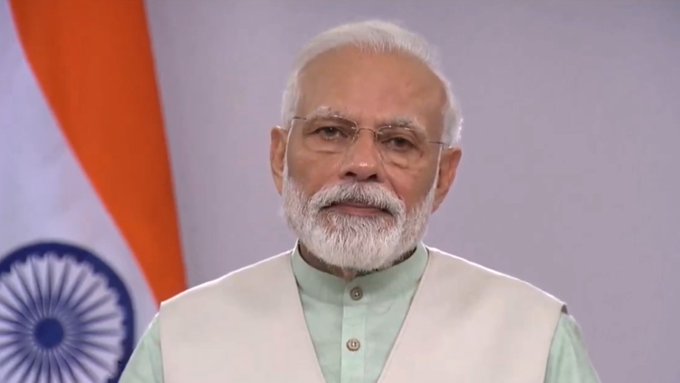 New Delhi (IANS) In a major reshuffle in top bureaucracy of the Narendra Modi government, senior IAS officers A.K. Sharma and Tarun Bajaj were on Sunday moved out of the Prime Minister's Office (PMO).

Bajaj, a 1988-batch Haryana cadre officer, has been appointed as Secretary, Economic Affairs in the Ministry of Finance and will take over upon superannuation of incumbent Atanu Chakraborty on April 30. He is presently posted as Additional Secretary in PMO, said a Ministry of Personnel order.

Sharma, a 1988-batch IAS of Gujarat cadre and also an Additional Secretary in the PMO, has been appointed Secretary, Micro, Small and Medium Enterprises and will take over upon superannuation of the present incumbent Arun Kumar Panda on April 30.

The decision was taken on Sunday by the Appointments Committee of the Cabinet (ACC) chaired by the Prime Minister.

Union Health Secretary Preeti Sudan has got a three-month extension, said a Ministry of Personnel order. A 1983 batch IAS officer from the Andhra Pradesh cadre, she was to retire from service on April 30.

The ACC approved her extension for a period of "three months beyond the date of her superannuation on April 30, 2020 or until further orders, whichever is earlier".

Amit Khare, a 1985-batch IAS officer of Jharkhand cadre and currently Secretary, Higher Education, has been given additional charge of the post of Secretary, Information and Broadcasting on appointment of incumbent Ravi Mittal as Secretary, Sports.

Ravi Kant, Secretary, Food and Public Distribution has been appointed as Secretary, Ex-Servicemen Welfare in Ministry of Defence given the coming superannuation of present incumbent Sanjeevanee Kutty on April 30.

Secretary, New and Renewable Energy, Anand Kumar has been appointed as Secretary, Culture.

These were among 23 IAS officers of the rank from Additional Secretary, Special Secretary and Secretary who were on Sunday appointed in various central government departments as part of the bureaucratic reshuffle.

A total of 10 Indian Administrative Service (IAS) officers have been given in-situ upgradation to the level of Special Secretary in the rank and pay of Secretary of Central government, as a measure personal to the them, by temporarily upgrading the posts held by them.