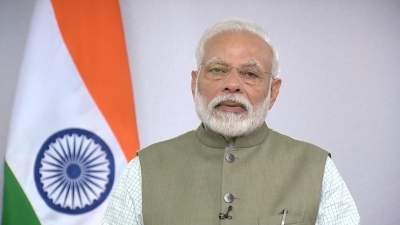 New Delhi (IANS) In what can be seen as a movement towards extension of the ongoing shutdown, Prime Minister Narendra Modi on Wednesday told all the floor leaders of various parties in the Parliament that the kind of response and suggestions he has received does not indicate that the lockdown should be lifted, said sources.

The Prime Minister is also slated to meet the Chief Ministers of all the states and Union Territories on April 11, through video conference, where a final decision on the issue is slated to be made. This will be the third such conference with the CMs.

In the last such meeting, the PM talked about a common exit plan and asked all CMs to form a task force who will give suggestions. On April 11, all Chief Ministers will be back with the suggestions their task force have given them.

Meanwhile, more CMs have been cautioning PM Modi against an abrupt lifting of the shutdown. Telangana Chief Minister K Chandrasekhar Rao earlier made a strong case for the extension of the ongoing lockdown. He also cited reports of the Boston Consulting Group survey, which asked for ruthless measures like extension of the lockdown till June.

A day after, Rajasthan Chief Minister Ashok Gehlot had called for phased withdrawal, if necessary.

When PM Modi told mostly opposition floor leaders on Wednesday that the suggestions he received were against lifting the shutdown, he was citing suggestions from KCR and Gehlot - both of whom are from non-NDA parties.

The Centre on Tuesday also held a Group of Ministers meeting at Defence Minister Rajnath Singh's residence which did not take any decision on ending the shutdown. The biggest question in front of the government was weighing in two options -- loss of livelihood versus loss of life. But increasingly, it seems the argument of KCR that "economy can be rebuilt but lives can't be brought back" resonates with the government.

There is a strong buzz that Prime Minister Narendra Modi may address the nation, once again, on April 11 or 12, after a consensus on the future of shutdown is reached during the CMs conference.

India is on a 21 day nationwide total shutdown that ends on April 14. The unusual move was taken to contain the spread of the deadly coronavirus. As of Wednesday afternoon, India has 4,643 active COVID-19 cases while 149 died due to the illness.