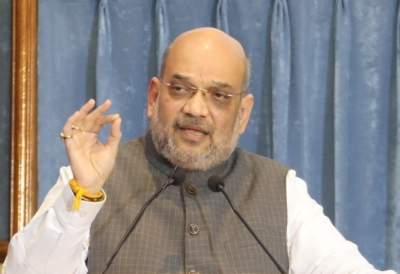 New Delhi (IANS) Union Home Minister Amit Shah on Sunday chaired a meeting with a delegation from Jammu and Kashmir's Apni Party and discussed issues like concerns on demographic changes in the erstwhile state, delimitation exercise and grant of state domicile there, official sources said.

A delegation-led by Altaf Bukhari met the Home Minister at his North Block office.

The meeting began at around 10 a.m. and was attended by Union Home Secretary Ajay Kumar Bhalla and other senior Home Ministry officials.

The Apni Party delegation, including its leader Bukhari and 23 other members, had also met Prime Minister Narendra Modi for around two hours on Saturday evening.

The outfit, including political leaders from a wide spectrum but all considered traditionally close to New Delhi, was launched on March 8.

With the government keen to re-start the political process in Kashmir in a bid to bring normalcy, the Apni Party is seen to have its support.