Iran to operate special flight to fly back its nationals 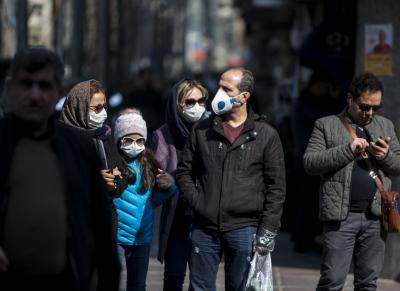 New Delhi (IANS) Coronavirus-hit Iran will send a special flight to India to carry back its citizens.

The flight would land in India on Friday and fly back Iranian nationals the following day.

An Iranian Embassy official has said that one more special flight would be operated day after and carry Indian equipment to Iran for stranded Indian citizens there.

Earlier in the day, Health Minister Harsh Vardhan had said that India was in touch with Iran on possible evacuation of Indian pilgrims and students stranded in Coronavirus-hit Iran.

Over 2,000 Indians are stranded in Iran and would be brought back after screening them properly by the medical team.

Iran is among the worst-hit countries by the deadly virus after China and South Korea. In the recent days, it has seen several hundred new cases of infections.

Nearly 3,500 cases of Coronavirus have been reported in Iran and at least 107 people have died of it.

After a spike in Coronavirus cases in Iran, India has suspended regular commercial flights with the Islamic country.